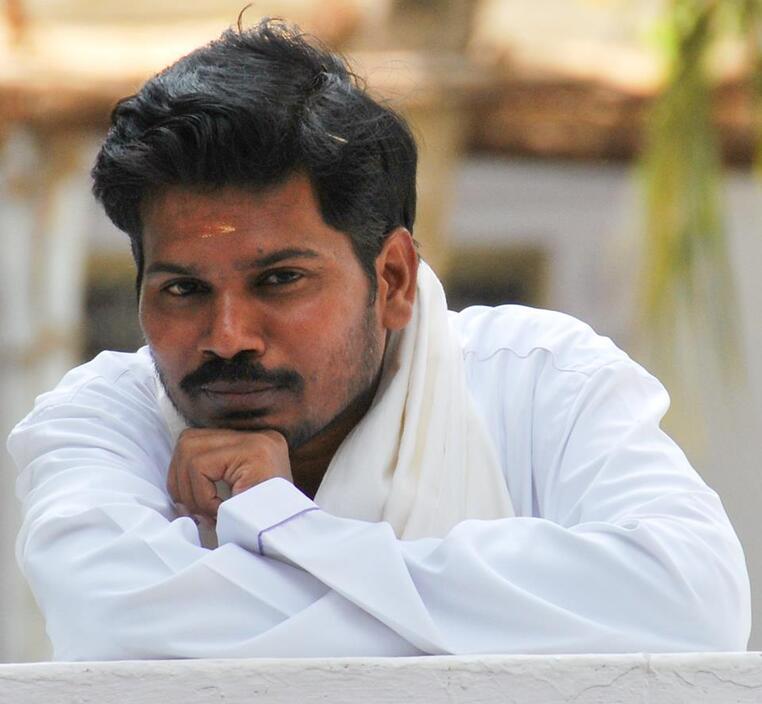 🌹Meeting My Teacher Sri Kaleshwar
Sri Kaleshwar (Jan. 8, 1973-March 15, 2012) was an avatar and Saint born in Cuddapa, Andrah Pradesh, South India. At age fourteen, his master, Shirdi Baba (1838-1918) miraculously appeared to him in flesh and blood to wake up his channels. Sri Kaleshwar (also known to his students as Swami or Swami Kaleshwar) went to Shirdi where his consciousness started to open and he started to receive channelings and instructions from Shirdi Baba. By age 17, Sri Kaleshwar lived in Penukonda, the village where he was to start his ashram. He was in high demand as a village healer, already giving uncountable miraculous cures. A few years later Kaleshwar was guided to start his ashram at it’s current site - an ancient power spot since 18,000 years. This power spot was the birthplace of Mother Divine and the birthplace of Dattatreya, among other amazing historical events. Penukonda radiates extremely high energy and according to Sri Kaleshwar, is one of the nine active power spots on the planet.

Kaleshwar’s mission was and is to create spiritual masters and bring the knowledge from the ancient palm leaf books to the globe.  He never wanted followers.  He wanted everyone to be a Master and cultivate their own inner Guru.  This knowledge was written by rishis thousands of years ago and kept in hiding.  The palm leaf manuscripts contain the mysteries of Creation, such as the mechanics of miracles and healing, how to create divine children and numerous way to achieve direct experiences with the Divine. They contain sacred formulas that when correctly practiced awaken the incredible capability hidden within each soul. “Every soul has the potential to reach the level of a Shirdi Baba or Jesus,” Sri Kaleshwar said, “and contribute amazing things to the world.” Through the practices given in the palm leaves, one can awaken the soul’s true capacity. He explained that the only real difference between a master and student is knowledge. The world needs this knowledge more than ever today to help heal the world’s suffering and transform the way spirituality is practiced on the planet.

Although Kaleshwar was already enlightened at a young age, for years he researched and practiced the formulas prescribed in the palm leaves. He did this to receive blessings from the Divine Mother and to teach the sacred formulas to his students. Everything he taught, he tested himself first. They are the same ancient formulas studied and mastered by Jesus, Buddha , Mother Mary and other great saints.

During his period of intense spiritual study, Sri Kaleshwar established his ashram, Shiva Sai Mandir in Penukonda. From this ancient spiritual land. He began his global mission to train healers and spiritual masters to bring healing and enlightenment to the globe; to introduce Shirdi Sai Baba and his teachings to the West; to bring back the ancient channels practiced by Jesus, and to reveal the reality of Jesus’ life in India as written in the palm leaves. At the core of this divine mission is Sri Kaleshwar’s lifelong dedication to uplift and empower women, to train and educate them with what they needed to implement their true divine power which would help create a more compassionate society. One of the ways Sri Kalewhar accomplished this is by reconnecting his students, both female and male, to the Divine Mother. The Divine Mother is the source of miracle energy.  He said Bhakti (devotion is not enough.  You need Shakti (the power) to create the change in the world.

God is both Father and Mother, but the female aspect of Creation has been forgotten and ignored. It is the Divine Mother who is the supreme Creator, receiving the seed from the Father and then giving everything form. Sri Kaleshwar said, “Mother Divine is the mother to every soul in this universe.  She doesn’t belong to any religion at all, the Mother is the universal God/Goddess.” The entirety of Nature and each person living within it is in fact an expression of the Divine Mother.   Sri Kaleshwar said, “In each person there is a fire, a light.  See that light.  That is She.”

It is through reconnecting to the Mother that we receive both the deepest healing and healing abilities.  When we experience Her we recognize the truth of who we are. By the grace of the master and the practice of the sacred formulas of mantra and yantra prescribed in the palm leaf books one can have a direct and personal relationship with the Divine Mother.  Sri Kaleshwar teaches that it is through the feminine energy that change will happen on this planet. Both women and men must reawaken their connection to the Divine Mother and become channels of Her divine shakti in the world.

At his ashram in Penukonda and programs around the world, Sri Kaleshwar demonstrated the miraculous energy and gave direct experiences of the Divine to his students and devotees. He is the author of numerous books, including Shirdi Sai Baba – The Universal Master, and his seminal work The Real Life and Teachings of Jesus Christ. For fifteen years, Sri Kaleshwar dedicated the majority of his time to training thousands of Western students from America, Europe and Japan. Sri Kaleshwar said that the spiritual awakening must come, “From the West to the East, not from the East to the West.”  The West needs to become a sacred place where the ancient knowledge is shared, practiced and implemented to create a more peaceful, loving world.  Once this happens it will return to the East. This is the fulfillment of the ancient divine mission. 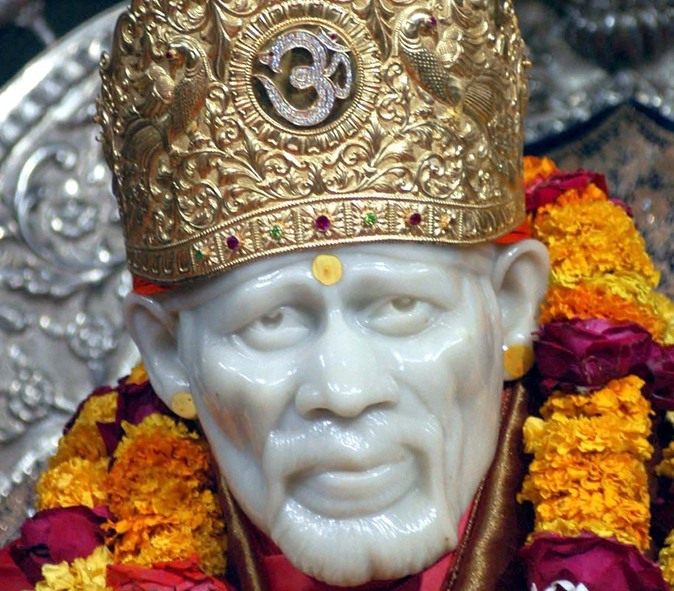 Meet Shirdi Sai Baba ~ Grandfather To All
♥️Shirdi Sai Baba is one of India’s greatest and most beloved saints. He is an incarnation of Shiva and a Dattatreya avatar, as well as Sri Kaleshwar’s master. Revered in India as Yogi Raja, the King of Yogis, Baba possessed the highest supernatural capabilities. Though he could have lived like royalty, Baba spent his entire life as a mendicant, begging alms in the tiny village of Shirdi in Maharshasta State. Over time he came to receive millions of rupees from his devotees, but always gave everything away to the poor.

Baba came to live in Shirdi by the order of his master Venkusa, who told his young student that he must spend the rest of his life in the remote town. Before sending Baba on his way Venkusa gave him a brick with strict instructions that he was to sleep on it every night without exception. Upon arriving in Shirdi, Baba was met with extreme hostility from the villagers. So he sat under a nearby neem tree where he engaged in austere spiritual practice while open to all the elements. There he remained for 18 years until the villagers finally recognized his greatness as a healer.

For the next fifty years Baba lived in a dilapidated mosque he named Dwarkamai. Yet inside this mosque Hindu rituals were performed. Adding to everyone’s confusion, Baba was also known to regularly quote from the holy scriptures of both Islam and Hinduism. No one knew for certain what faith he belonged to and each group wanted to claim him as their own. However, Baba was everything and belonged to everyone. Never answering the question, he only replied, “All human beings are one. Our religion is humanity. God is One.” Truly a living embodiment of the unity of all religions, Baba was regularly worshipped by Hindus, Muslims and Christians alike.

An important source of information on Baba’s great and often mysterious life is his authorized biography The Sri Sai Satcharita, which describes his teachings, miracles and day-to-day interactions with devotees. Much of Baba’s time was spent in the Dwarkamai sitting in front of his dhuni, sacred fire, taking on the pain and suffering of the world. Countless wonders were demonstrated by Baba during the course of his lifetime including giving sight to the blind, healing the incurably sick, rescuing devotees from dangerous situations, changing water into oil, appearing in different places at once, and also dying and coming back to life after three days. Through his unique, one-on-one style of working with those who came before him, Baba called for tolerance and peace between all people. His message also placed primary importance on strong devotion to God and dedicating oneself to humanity through service.

On October 15th, 1918 Baba left his physical body and took Mahasamadhi.. Though he left behind no formal teachings or disciples, before exiting his body Baba gave “Eleven Assurances” to his devotees that he would be forever “active and vigorous” in their lives from his tomb. One must only call on Baba with faith and his help is immediate. He said, “If you look to me, I look to you. If you cast your burden on me, I shall bear it. If you seek my advice and help, it shall be given to you at once. Even after I leave my body, I shall come to the aid of my devotees.”

Today The “Shirdi Sai Baba movement” is the fastest-growing spiritual movement on the planet. Hailing from all corners of the globe his devotees are a rich and varied tapestry of people from every faith and socio-economic background. The village of Shirdi has now blossomed into the one of the world’s leading pilgrimage sites, with millions flocking to visit Baba’s tomb and Dwarkamai each year. Typically it takes centuries for a saint’s tomb to develop such an extraordinary level of prominence.

Protection, guidance and miraculous healings continue to flow from Baba in ever-growing abundance. Just as he did when he was in his physical body, Baba develops a deeply personal relationship with each of his devotees and becomes a vital presence in their lives. When describing his beloved master, Sri Kaleshwar said, “Baba is the soul doctor to make your soul healthy, happy and glorious.” Shirdi Sai Baba is a grandfather to the entire planet, forever working to uplift and unite all of humankind. Simply take one step towards Baba and he will take 99 towards you.
Excerpted from Divine Lineage Healing Center:
www.divinelineage.org.

Please sign up for my Youtube channel and follow me on instagram to receive valuable information.
​
​Disclaimer: Spiritual healing and energy work are not a substitute for traditional medical treatment,
if you have a serious health imbalance please see a  doctor or other appropriate professional, and
​make complementary healing part of a complete health care program.
OURFEMININELEGACY>COM  © COPYRIGHT 2020-2022 ALL RIGHTS RESERVED.